April 04, 2010
The National Chiang Kai-shek Memorial Hall is a famous monument erected in memory of Chiang Kai-shek. The octagonal roof rises 70 meters above the ground. The shape picks up the symbolism of the number 8, abundance and good fortune. 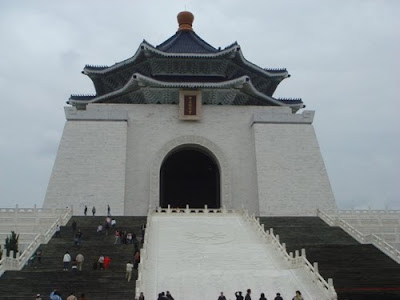 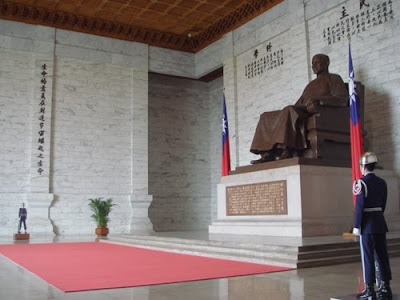 The main hall of the Memorial Hall
-It has a statue of President Chiang Kai-shek.
-we were not allowed to go near the statue or the guards 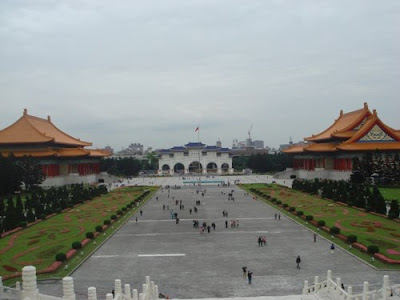 Two sets of stairs, each with 89 steps to represent Chiang's age at the time of his death, lead to the main entrance.

The main entrance features a pair of double doors, each standing 16 meters high and weighing 75 tons, that open into the main hall.

A large bronze statue of Chiang kai-shek dominates the main hall. The figure is shown smiling, seated and wearing traditional Chinese dress. Inscribed on the wall above and behind the seated figure are the Chinese characters for Ethics, Democracy, and Science. Inscriptions on the side walls read The purpose of life is to improve the general life of humanity and The meaning of life is to create and sustain subsequent lives in the universe. 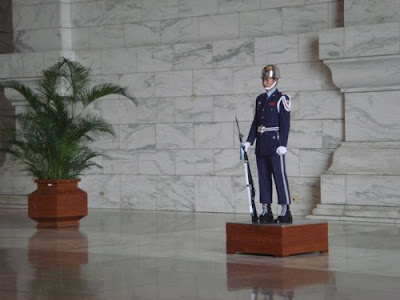 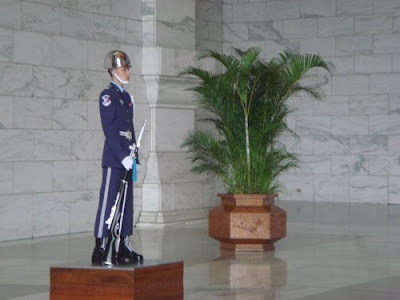 the guards on duty

Representatives of the armed forces guard the main hall during its open hours. The changing of the guards takes place every hour, attracting many visitors.
http://en.wikipedia.org