March 01, 2014
Time really flies! Now it's already March! What have I achieved before the end of February. I would say I had done quite a lot. Let's see: 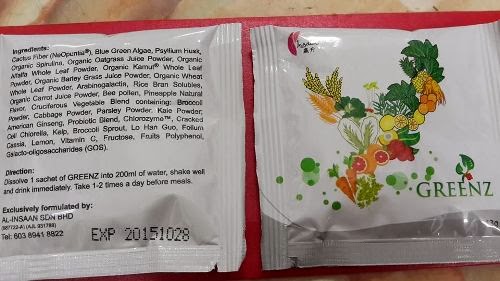 This packet is called Greenz. My upline told me that it's good for detoxification.
She gave me 3 packets and I had tried one few days ago before I went to sleep.
The next morning, I had my usual business in the toilet.
Not long after, I had the urge to go to the toilet again.
I felt as if my bowel system was totally cleansed.
Thumbs up!
So I had ordered 2 boxes. Each box contains 20 sachets.
I put them in my shop as I intend to recommend to my customers who need them. 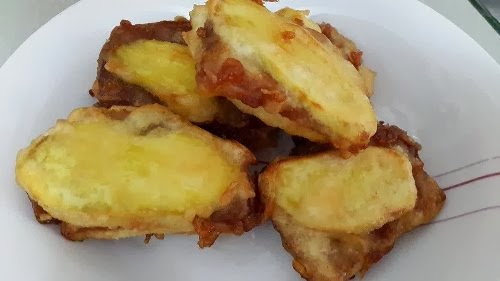 I didn't fry nin ko as my mum usually fried for me.
She knew I simply love them.
When she was not staying with me, I had my staff's mum to fry for me.
Now that this staff was not with us anymore, I had to do it myself.
The first time was a failure as I didn't wait for the oil to be hot enough.
This time I made sure that the oil was super hot.
Great! They turned up well!
They were crispy and the boss had two.
The rest were finished by myself!
I still have the nin ko. I just need to buy more potatoes.

3. Fitline
I knew about the price increase starting March but I was still procrastinating if I should buy more sets to keep. Last minute ie yesterday, I quickly faxed in my order. I even told my 2 downlines about the price increase. I received good news. Both ordered a full set (6 sets) with special offer. I quickly told my sister (my upline) about it as I didn't want her to lose out.Yesterday was my most successful Fitline time in 2014.

4. Regarding my top commenters, I had announced them at the beginning of each month since September 2012 until January 2014. I won't be doing it on a monthly basis anymore. I will do it at random. Anyway, thank you to all of you for your support and I really appreciate it.
I will be going to Italy in a few weeks time and I hope to get some souvenirs from there.