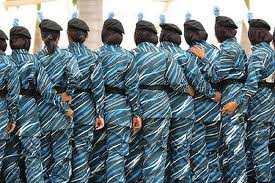 My youngest girl, is selected to join the Nasional Service. How's her reaction? Well, initially, she refused it and told me that she would rather go to college instead.

At that time, it was before her SPM. I told her to forget about it and concentrate on her preparation for her exam. She just finished her exam on Tuesday.  Yesterday we went to collect her passport. Yesterday night, my friend called me and told me that she had checked for my girl and found out that she's selected for the first batch.

Now, she's thinking hard if she wants to join in or pursue her studies in the college. But in my opinion, I would rather she goes for the Nasional Service. It would be fun.

I assured her that she would enjoy it as I had been to such camp before when I was still a teacher. Anyway, it's up to her whether she wants to go or defer it..I will respect her choice..