Showing posts from February, 2013
Show all

February 28, 2013
Departed to Athens via Dubai. Upon arrival, we will be met by a travel guide at the Athens airport. Then check in at the hotel. We will be free to explore on our own until dinner time. The weather: 8 degrees Celsius to 12 degrees Celsius Warm clothing and winter attire required.
16 comments
Read more

Things to do while I'm away

February 27, 2013
First and foremost, someone must handle my two dogs, May and Teddy. I will leave the chores to both my husband and my boy. My boy would have to feed the dogs once in the evening. I have asked my husband to feed bread to May before he goes to work every morning. He would need to do the dressing for May every morning and night. As you know, May's bandages need to be changed at least twice a day. With me around, I will change her bandages three times a day. Next, the housework. My boy would be the sole person to help. He would do the laundry and keep the compound clean as my two dogs easily mess up the place.. Regarding my boy's meals, he has to think for himself. He can walk to the eateries and buy his own food. My husband would be definitely busy in the shop. Well, I hope that everything goes on fine while I'm away for the week-long holidays!
58 comments
Read more

Ready for my trip 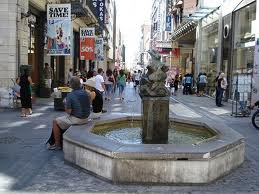 Well, each time before I embarked on my planned trip, I would do a lot of research on those places that I would be visiting. But I guess this time, I'm short of time. So I will just follow the go and see as much as I can.. Anyway, earlier I had managed to googled some pictures of those places that I'm going to visit soon.. Ermou Street Athens Airport Monastiraki Plaka Kolonaki Voukourestiou At the meantime, I don't think I have the time to 'look' at more places in the itinerary. I haven't even packed my luggage. That I guess would be my last minute chore. I will be in Athens for just 5 days. Wish I could go for more days!
66 comments
Read more 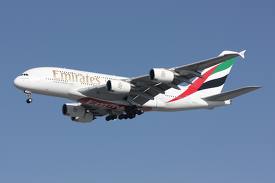 In September 1999, I planned to visit Paris but it was rejected by the Education Department. Those days, we as teachers were needed to get permission before we could visit other countries. It was a blessing in disguise as at that time, I was accepted into university for my TESL degree. So when I finally graduated in May 2002, I had already planned to visit places. In September 2003, I visited Seoul Korea. Then in December 2004, I went to Sydney and Newcastle in Australia. Next in Oct 2005, I was in Germany with my Fitline people. In June 2006, I went to Beijing with my school colleagues in Batu Gajah on a halal trip. In July 2007, I just went to Kucing with my new school colleagues in Ipoh. I started working in the shop in 2008 and I had no time to visit until Nov 2009 when I visited Hong Kong, Macau and Shenzhen. I was very aggressive and I next visited Taiwan in March 2010. Not long after, I visited Melbourne, Sydney and Brisbane in June 2010. Next in June 2011, wher
59 comments
Read more 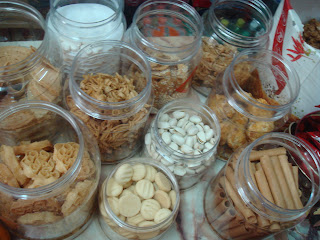 After the CNY gathering at my shop yesterday morning, everything will be back to normal. Life won't be so hectic until the next festival. Let's look at what we had for the gathering.. CNY cookies  Mandarin oranges  sambal biscuits  kaya puff  KFC  fried bihun  steamed cocktail frankfurters  nuggets and wedges  dried pork Some of my customers were already waiting for me to get ready..  my very first guest of honor with his granddaughter more pictures can be viewed here @ Chang Jiang Next, we had a birthday celebration for my part-time worker. s  Happy Birthday, Seng! Later in the evening, my husband, my boy and I went to Parkson to have our dinner.  the lovely stage used for CNY performances We had different orders..  my boy's chicken chop rice  my husband's fish and egg rice  My curry chicken chee cheong fun  My snow ice After dinner, I saw the Choy
67 comments
Read more 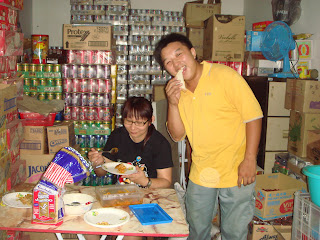 In 10 hours time, the Chap Goh Meh gathering at my shop will start and will last for an hour. Initially I had planned just for my shop's facebook friends but I guess many are shy. Only a handful have confirmed that they are coming over to my shop for the gathering. Since that's the case, I prepared just a few gifts to be given to those who confirmed that they are coming over. As for customers who happen to be at my shop during that period, they will be invited to join in our gathering.  We used to have gathering for my staff and worker. The main dish is KFC fried chicken and fried bihun together with nuggets, wedges and cocktail. I have lots of CNY cookies and oranges too. I just prepared the soya bean agar-agar. The drinks will be on the house too.. Can't wait to see how it will go and I'm wondering how many would actually shop at that time ie. 11am - 12pm Happy Chap Goh Meh!
50 comments
Read more 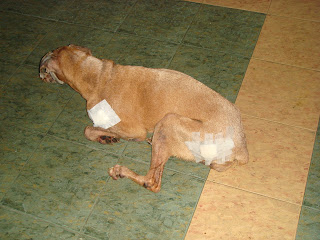 My boxer, May has been home since the 4th day of CNY. When she came back in the evening, she was so groggy possibly due to the intense medication at the vet's clinic. She was taken care by my girl until she went back to her uni on the 7th day of CNY.  Since then it was my duty to take care of May. I was very concerned in the sense that I changed her bandage three times a day. I stopped the usage of the white powder which my husband gave. It was not helping. I switched to a herbal powder, the Yunnan Paiyao which we sell at my shop. It is practically used for serious wounds. Seeing that May's sores were rather serious, I didn't hesitate to use it even though it's rather expensive for a small bottle of the herbal powder. I used almost a bottle a day. I realized the effectiveness of the powder. I was actually experimenting with the ways of treating and bandaging her sores. Now after 7 days of care for her, I believe that she is recovering. Last evening, I saw
39 comments
Read more

Today this cute little darling visited me. His grandparents brought him over for the very first time. He's so cute as he smiled readily. I was tempted to carry him and he was fine with that. Some babies don't like strangers.  I carried him and kissed his cheek several times..So adorable. Without hesitation, I gave him an ang pow. his granddad put him on the table and I took a shot of him.. When I went back home in the evening, I realized that the bunch of bananas at the altar has ripen. I brought the bunch to my shop and shared with my people. There was this particular twin bananas and my worker wanted them. She peeled them and I could see that they were adjoined all the way down. Well, old wives tale has it that those ladies who ate them would give birth to twins in future..
53 comments
Read more 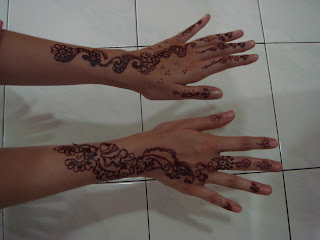 Well, Thaipusam was on the 27 Jan 13. Ipoh was a busy town. My girl came back earlier before the event and wanted me to take her to the temple to observe the Thaipusam procession for her project work. It was a Sunday and I wanted to do some housekeeping so my other girl took her there She came back and showed me her hands being drawn with inai. She has posted about it on her blog. Maybe you would like to see her pictures of Thaipusam celebration @ Simple Life.
54 comments
Read more 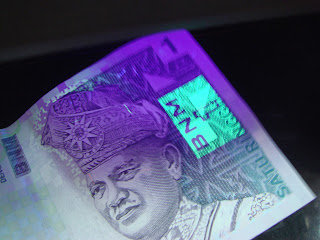 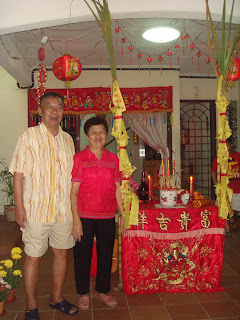 On Sunday, at about 12 midnight, I walked over to my neighbor's house ready with some CNY gifts. Both of them looked so cheerful. They always have this celebration every year  and I am sure to be invited. sugar canes were being offered The roasted pork was the highlighted item. 'miku' sweet glutinous rice 'ang ku' 'ang ku' steamed egg cake pomelo and watermelon red eggs After distributing ang pows to my neighbour's grandkids, I was ushered into the house and served.. fried bihun, curry chicken and sweetened vinegar pork knuckles After prayers, the roasted pig was cut and hence I was given some. Some agar-agar too and most importantly the Carlsberg. Well, I don't drink but this time I was not spared. The landlord poured some Carlsberg into my glass and told me to finish it. I had to finish the drink before I called it a night. I was already feeling like 'floating' and be
61 comments
Read more
More posts