Showing posts from January, 2013
Show all

My bottles of wine 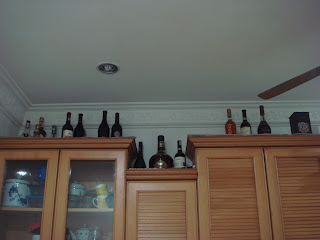 Yesterday after work I quickly used the ladder to climb up so that I could clean this special area which we used for displaying our wines.  Most of them were given to us as gifts.  Maybe we should start drinking them instead of displaying them.  Aging Potential One authority believes that only a few wines have the ability to significantly improve with age: Master of Wine Jancis Robinson notes that only around the top 10% of all red wine and top 5% of all white wines can improve significantly enough with age to make drinking more enjoyable at 5 years of age than at 1 year of age. Additionally, Robinson estimates, only the top 1% of all wine has the ability to improve significantly after more than a decade. It is her belief that more wine is consumed too old, rather than too young, and that the great majority of wines start to lose appeal and fruitiness after 6 months in the bottle. Many consumers appear to disagree, as very high prices are
72 comments
Read more 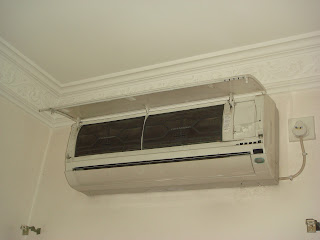 Well, yesterday it was my girl's turn to help at the shop so that I could continue with my spring-cleaning. My target was the other two rooms which belong to my kids. First of all, I cleaned the windows. Then the air-conditioner filters..We usually get the service from the AC man but this time round, his duty is so packed. So service can only be done after the CNY.. See..the filters were full of dirt.. I took them out and placed them on the toilet floor. Sparkling clean after the scrub and spray.. See the difference? The air-conditioner looks clean! I continued with the cleaning and finally it's done. I was ready to leave for work and the newspaper collector passed by my house. I stopped him and sent him all my 'rubbish'. It cost RM2 for 6kg. I asked if he collected bicycles too. He nodded his head and so off went my bicycle. It had been hanging around for quite a number of years.  So time to say Goodbye to our mountain bike whic
58 comments
Read more 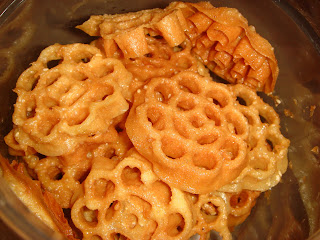 Yesterday, I sent my boy to help at the shop as I needed to spring-clean my house. I had done some on Sunday but not totally done yet. I started cleaning my room at about 1pm and finished at 5pm. Now I could say it's clean. It was full of dust everywhere as I hardly had the time to clean my room regularly.  When I got back to the shop before 6pm, I had a pleasant surprise. I had these two containers of bee hive biscuits. One from my worker and the other from my sales promoter. When I reached home after work at 10pm, I quickly had my shower. Then I sat in front of my laptop and ate them. They were a bit oily but crunchy! Yummy! I ate almost half! I got to stop! But I haven't opened the big container yet. I should keep it for my visitors during CNY. But I can't guarantee that I won't finish up the other container of the biscuits.. Thank you, Leng and PC!  PC, your home-made bee-hive biscuits are really tempting. Glad your girl loves the p
67 comments
Read more 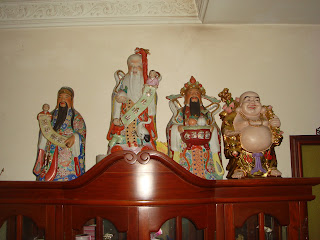 My home has these Fuk Luk Sau since the day we moved in (2000). They were moved around the living room many times. I would just clean them with a damp cloth.  my most recent placement of the Fuk Luk Sau Recently, I received a set of Fuk Luk Sau figurines so I placed them at the comfy table of my new sofa set This time, I guess they needed a bath. They were cleaned.. I arranged them according to the placement of the gift. I put the smiling Buddha facing the main door. The Fuk Luk Sau , meaning “Three Lucky Immortals / Star Gods”, are a very popular symbol to display in Asian homes or offices. Fuk Luk Sau bring authority, success, fame and fortune. These three star deities are strong icons of the most essential aspirations on which humankind depends; wealth, happiness and longevity. Each of these deities are often shown carrying with them different items with auspicious meanings – Fuk holds with him a scroll, which symbolizes benefi
60 comments
Read more 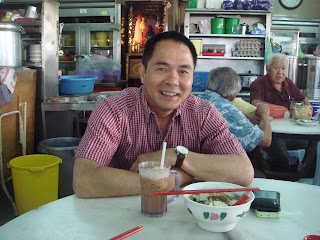 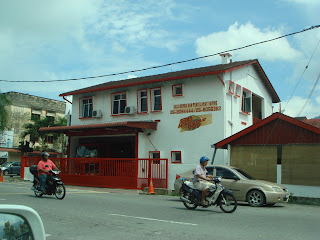 After we left Hayley's place, we went to the Casual Market. On the way, I spotted this fire station. I remembered I did a research about the fire station when I was at the college. It brought back sweet memories. Taiping fire station   the Casual Market Smile..You are on candid camera! I ordered the famous fried kueh teow from this stall. love the ingredients she used a kind of leave for wrapping the kueh teow packed.. I bought 14 of those packets..  for my staff, workers and family I ate there.. yummy.. my mum just enjoyed her Hailam Chicken Rice. When I reached home, I ate another packet before I went to work in the evening. Later at night, after work, I ate yet another packet which my BIL didn't want to take it. I simply love the Taiping fried kueh teow!
60 comments
Read more 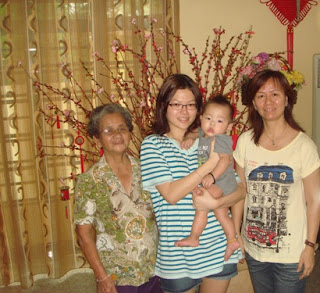 I went to Taiping as I was sending my mum home. Well, I never thought that I would be meeting Hayley instead. Initially, I had wanted to meet both Yan and Yvonne but they were working yesterday. Yan gave me Hayley's phone number when I asked her if Hayley was working too. So when I reached Taiping, I messaged Hayley that I would try to locate her place as she had given me her address. I didn't think I would be able to find it. So to be on the safe side, I called her when I reached somewhere near her place. She directed me and I found it..  So nice to meet a new blogger friend and her baby. Aden is so cute! On the way to Hayley's place, I remembered this temple  where I used to visit when I was young to watch the Chinese opera show.
69 comments
Read more 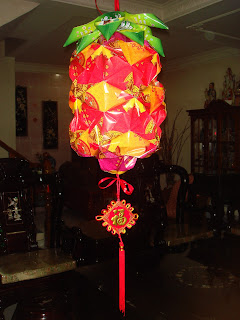 My customer told me that she's making pineapple lanterns for her office and she needed lots of red packets. At that time, I had only a few to spare. Next day, she came back and asked me for green packets.  I asked, 'What for?' She replied, 'Oh, it's for the pineapple lantern!" So I dug out some Hari Raya green packets and gave to her. Then she told me that she wanted to make a pineapple lantern for me. I had to give her some red packets. Actually the total has to be 50 packets.  Then, the next day again, she came and gave me the pineapple lantern. It's so beautiful and I brought it back to my home to brighten up my living room. focusing on the lantern I just hanged it below the fan for "ong lai' My customer came again to see me and asked for more red packets.  I gave her more pieces and she is going to make another one for me  so that I can hang it at my shop. Thank you, my dear customer! You are so kind!
65 comments
Read more

LV key as a gift 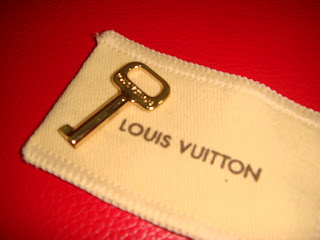 It's my girl's birthday. I just bought a cake for her. She loves blueberry cheese cake. She told me that it would be nice to have a key to her freedom. I don't believe in buying a key for a birthday. But hey, I have got a key..a Louis Vuitton key to my handbag..  I have got an idea..this would be a perfect gift.. a 'gold' key for her two ang pows from my mum my girl and I my girl and my BIL my boy played his saxophone my boy and my girl made a wish and then cut the cake Happy Birthday, my dear! May you have lovely time always!
66 comments
Read more
More posts