December 21, 2009
We came to this unique place where we could see three prayer wheels. We were asked to turn the wheels clockwise one after another from right to left.

According to the Tibetan Buddhist belief, spinning such a wheel is just as effective as reciting them orally. In Tibetan prayer wheels, the mantra (prayer) Om Mani Padme Hum is printed in an ancient Indian script or in Tibetan script, usually on the outside as well as on the scroll inside. 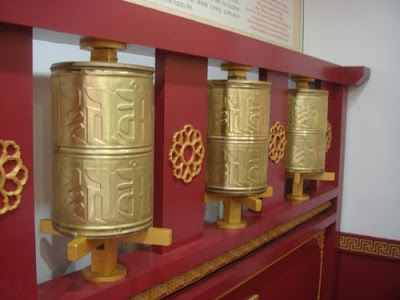 A Buddhist prayer wheel is of a hollow metal cylinder, often beautifully embossed, mounted on a rod handle and containing a tightly wound scroll printed with a mantra. 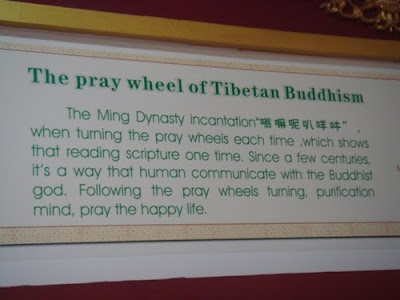 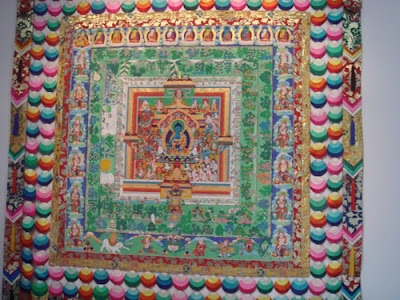 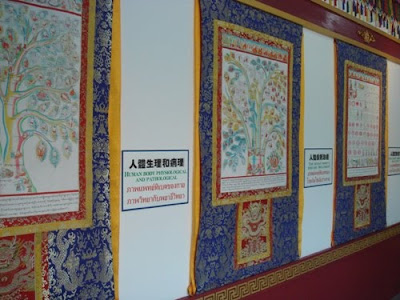 Pathology is the study of diseases in humans.


Well, we were led to a big room and lectured on the health of mankind. The lecturer was promoting a kind of medication for certain kind of diseases. Too bad I hardly understood since I was not so well-versed in Mandarin.

He experimented with a burning rod and burnt his own palm. He just had to applied the bao fu ling (Compound Camphor Cream) on his palm. Later, we could see that there were no burn marks at all.

Actually, I had seen this experiment before when I was in Beijing 3 years ago. I had bought the cream and found it very effective.

Funny, somehow the people there could sense it and asked me whether I would like to get one from them. I politely said that I had used them before.
So this time I didn't buy it.

But the other two couples were caught and hurried into different rooms. My girl and I just headed to the washroom and quietly sneaked out of the shop.

We had waited for almost half an hour for the couples. A couple came out and the wife was nagging the husband for buying those miracle pills. Fortunately, the next couple could get away from their persistent acts. 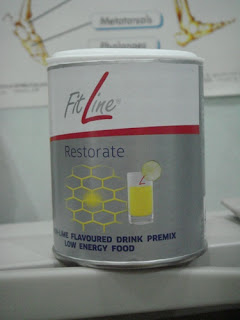 Fitline - Restorate R for Restorate Many diseases of civilization (such as obesity, which withstands all attempts to diet) are related to over-acidity in the body. FitLine® Restorate, with its balanced combination of minerals acts to combat acidity , so contributing to a neutral acid-base ratio. Minerals and trace elements are, however, not just important for our health and well-being due to their acid-base ratio; every movement of a muscle, every beat of the heart only functions with the aid of calcium and magnesium. Minerals are the building blocks for solid bones and strong muscles, they are responsible for good skin and hair, deep, healthy
Read more