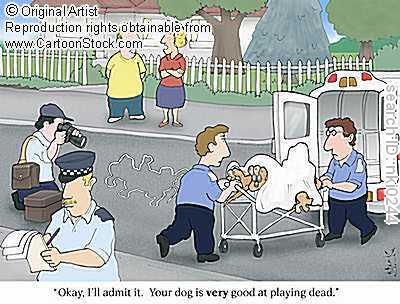 I was on my way to KL with my son during the wee hour in the morning. Imagine the sky was still dark and the highway was a bit lonely.

Suddenly, a dog appeared at the right side of the highway. I was driving on the middle lane. I was hoping that it would just stay put there. But, it ran to the fast lane and a car was coming fast. It quickly ran to the middle lane. Safe from the car.

Again I was hoping that it would quickly run back to its original place.

But it didn't move. I wanted to move either to the fast or the slow lane. Unfortunately, there were cars on both lanes. So, I had no choice but to move along. Just hope that the dog would just stay put there so that my Unser could just move over it without hurting it.

Sad to say, it decided to run when I almost reached it.

Thought I heard a loud bang.

Sorry about that. I just couldn't stop or brake.

Too bad. I had killed the dog. It was a terrible experience.
Accident highway