September 12, 2009
My sister decided to go for a holiday in Japan in April this year. Without hesitating, I agreed to go with her. But sensing that my husband was not happy about it since no one would be around to keep an eye in his shop, I had to forgo this chance. So I persuaded my mum to go with her instead. Initially my mum was reluctant to go.

Tokyo Disneyland is a theme park at the Tokyo Disney Resort located in Urayasu, Chiba, Japan, near Tokyo. It was the first Disney park to be built outside of the United States and was opened on April 15, 1983 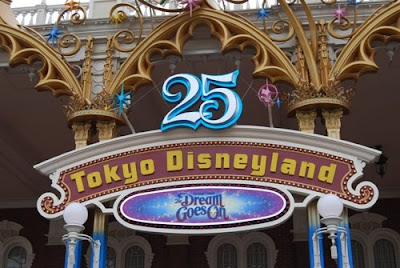 Tokyo Disneyland began celebrating the 25th Anniversary of its grand opening in April 2008, with special events, entertainment and merchandise expected to continue into 2009. 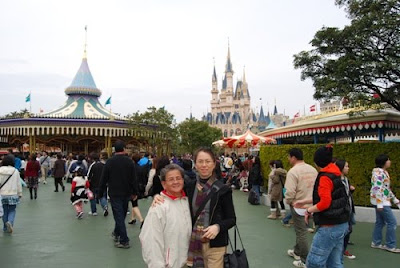 My mum and sis. At the background is the Cinderella Castle. 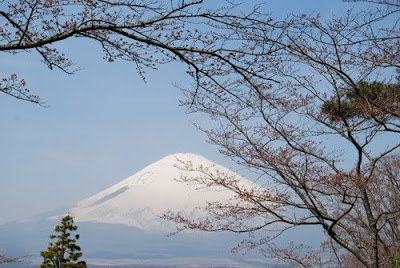 Mount Fuji (Fujiyama) is the most popular landmark of Japan. It is located on the Southern Honshu Island and is the highest mountain in Japan.

It is also called The Holy Mountain which means everlasting life.

Winters and early spring are the best seasons to catch the best view of this mountain. Five lakes surround the northern side of Mount Fuji, namely: Lake Motosuko, Lake Shojinko, Lake Kawaguchi, Lake Yamanako, and Lake Subarshiri, which are frequently visited by tourists. These lakes provide a good view of Mount Fuji alongside different water sports. 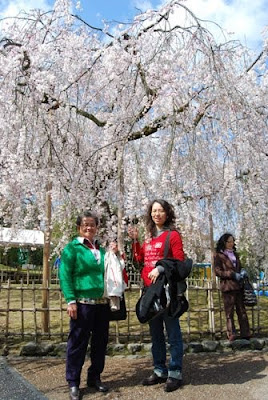 The cherry blossom (sakura) is Japan's unofficial national flower. It has been celebrated for many centuries and holds a very prominent position in Japanese culture. 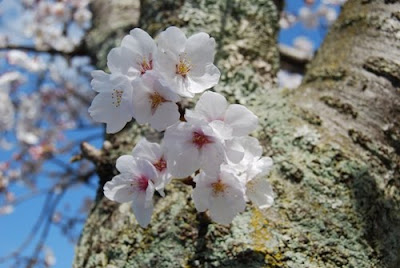 There are many dozens of different cherry tree varieties in Japan, most of which bloom for just a couple of days in spring. The Japanese celebrate that time of the year with hanami (cherry blossom viewing) parties under the blooming trees.