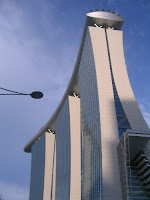 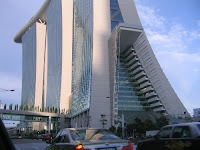 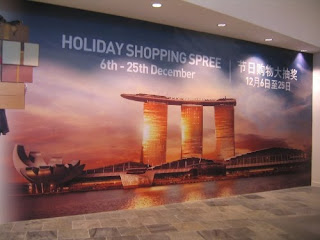 Marina Bay Sands features three 55-storey hotel towers which were topped out in July 2009. The three towers are connected by a 1 hectare sky terrace on the roof, named Sands SkyPark.

In front of the three towers include a Theatre Block, a Convention and Exhibition Facilities Block, as well as the Casino Block, which have up to 1000 gaming tables and 1400 slot machines. The Art-Science Museum is constructed next to the three blocks and has the shape of a lotus. Its roof will be retractable, providing a waterfall through the roof of collected rainwater when closed in the day and with laser shows when opened at night. The Art-Science Museum opens in December 2010.

The SkyPark is home to the world's longest elevated swimming pool with a 146-metre (478-foot) vanishing edge, perched 191 metres above the ground. The pools are made up of 422,000 pounds of stainless steel and can hold 376,500 gallons (1424 cubic metres) of water. The SkyPark also boasts rooftop restaurants, nightclubs, gardens hundreds of trees and plants and a public observatory with 360-degree views of the Singapore skyline. 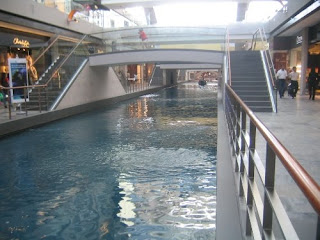 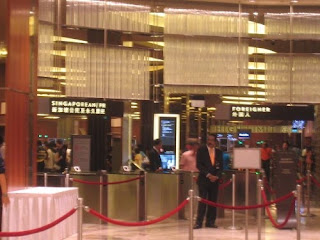 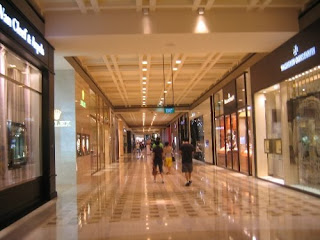 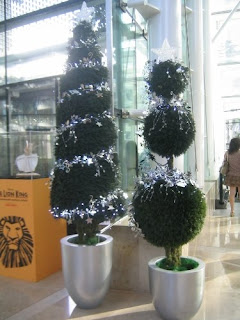 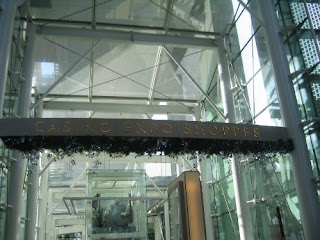 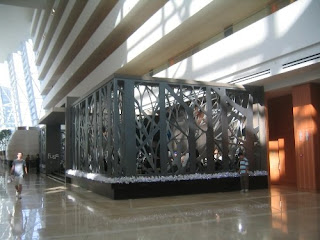 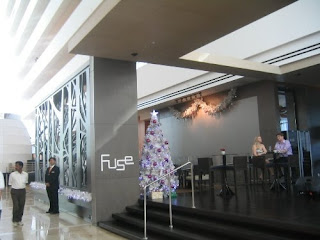 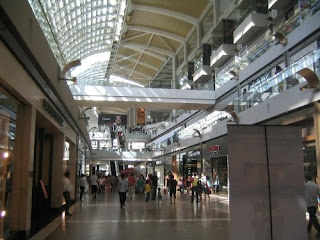 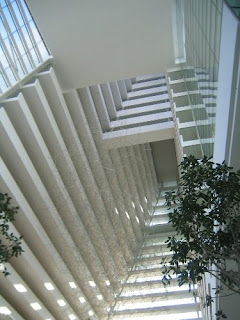 something is hanging up there! 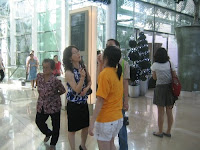